The “Double Eagle” is now permanently docked on land 10 acres high on the bluff overlooking the Homer Spit, Kachemak Bay, and Mt. Augustine volcano. There is an eagle's nest below the Double Eagle where the eagles frequently cruise past the ship on the thermals. Painstaking attention to detail was taken to keep much of the original ship's wheels, woodwork, and captain's nautical gear.

Alaska Adventure Cabins began the restoration in the Fall of 2001 and was completed in 2002. Restoration included a custom trailer/foundation and required the top two decks to be removed so the load would clear overhead utility lines. Tolloff Crane Service of Nikiski reset the top two decks onto the hull in May of 2002.

The “Double Eagle” was originally built as a Gulf Coast Tour/Cruise boat but was converted to a Gulf Coast Shrimper. On March 24, 1989, the tanker Exxon Valdez grounded on Bligh Reef in the upper part of Prince William Sound. Within a few days, it had spilled almost 11 million gallons of the oil into Prince William Sound. It was then that the “Double Eagle” was brought to Alaska to work and serve as a crew quarters during the cleanup.

Rates are based on four guests. The maximum number of guests is six. Additional adults are $35 per person / per night and children under 12 are $20 per child / per night. 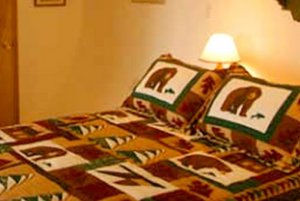 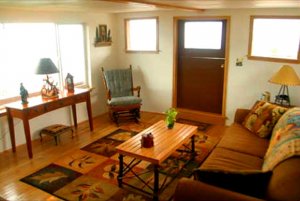 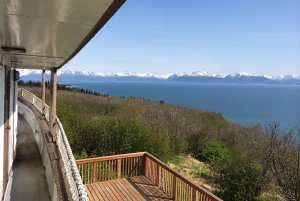 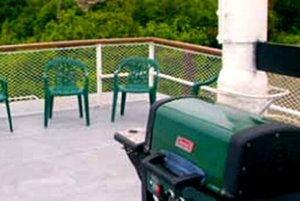 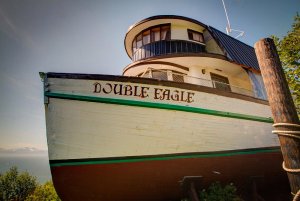 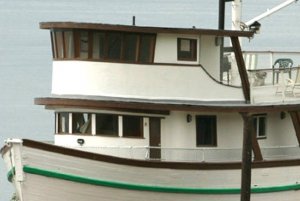 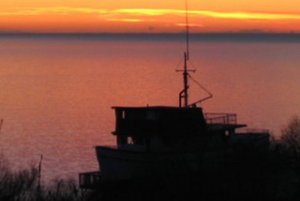 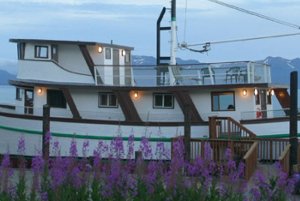 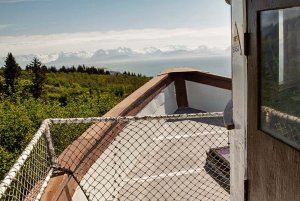 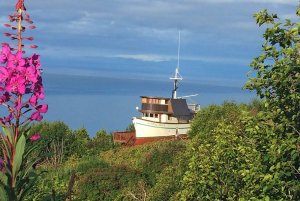 "Location was stunning! It’s just down the road from an official scenic overlook and you get it outside of every window in the place. Clean, comfortable and it’s a boat. One of the best places we’ve stayed and the hosts were very responsive."
-- June 2018